You are here: Home1 / Support Our Work2 / The Toby Robertson Scholarship Fund

From the moment BAYFEST was founded 23 years ago, Toby was one of our strongest and most consistent supporters.  He joined our Board of Advisors in 1990, brought us to Theatr Clwyd in Wales in 1993, conducted workshops with us in New York and elsewhere, attended many performances over the years, and was always ready with help and advice.

In honor of his years of friendship and support, BAYFEST established The Toby Robertson Scholarship Fund in late 2012, to help support the participation of talented young British performers who would not otherwise be able to afford tuition.  This past summer, three wonderful and talented young actors received significant bursary awards from the fund, and you can read some of their wonderful post-program comments here. BAYFEST is now soliciting donations to keep this wonderful opportunity going. 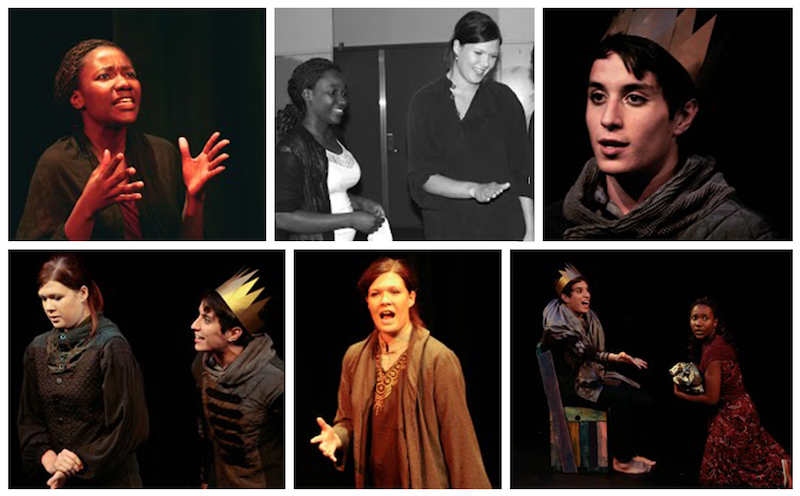 Says BAYFEST Director Robert Shampain, “The great sadness I have felt in losing such a wonderful friend and mentor is tempered by the joy of having returned to Shakepeare again the following summer, with a production of The Winter’s Tale, featuring some incredibly talented and motivated young performers from both sides of the Atlantic.  Toby’s legacy was very much in evidence as we worked on the Bard, using many of the ideas and ways of talking about the language that Toby always championed.  I still talk to actors about finding the ‘Ju-Ju word’, ‘wumphing’ a word or phrase for effect, being ‘like a fish through the water, going over, under and around obstacles, but always moving forward’ when working through the lines.  I still find myself referencing and quoting him and even imitating the plummy tones that could give the simplest of phrases (and sometimes the most direct-though-constructive critiques) a depth of meaning and comedy that would be remembered long after.  “Oh God! WHAT are you doing?  That was AAAWWWWful!”, he would say, and a room full of actors would crack up — and then they would do it again, much better!

Toby was a terrific teacher and always encouraged the kind of rigorous-yet-playful approach to acting training that BAYFEST encourages. He also felt keenly that ‘acting training is training for life’ — one of our core principles. Although quite a few former BAYFESTers have gone on to solid careers in theatre, film and TV — actor Rafe Spall (Anonymous, Life of Pi, I Give It a Year), actor and playwright Gbolahan Obisesan (Mad About The Boy), and others — many of our BAYFEST participants never intended to make a living as performers and have had great success in fields as disparate as medicine, journalism and social services. Yet we hear often from BAYFEST alums, in and out of “the biz”, that they find that the BAYFEST experience was a powerful influence on their lives.

Every Penny Will Go Toward Direct Scholarships

We are establishing the Toby Robertson Scholarship Fund as a way to honor Toby’s friendship, love and influence in an ongoing way. It will be a fitting tribute to his teaching and support, and will strengthen the programs and benefits Toby helped us realize, by offering need-based grants to talented young British actors to participate in the BAYFEST summer intensive training program.

Won’t you help us to carry on his legacy by contributing to the Scholarship fund?  All donors will receive updates on recipients of awards, as well as notices of BAYFEST’s plans and programs.  In the US, donations are fully tax-deductible.

Donations can be made online at: BAYFESTyouthTheatre.org/support, or by cheque or money order to BAYFEST, 4050 20th Avenue SW, Ste. B, Seattle, WA 98106